The following outage map shows the most recent locations worldwide where Cyberpunk 2077 users have reported their issues and outages. If you are having an issue with Cyberpunk 2077 and your area is not listed, make sure to submit a report below

At the moment, we haven't detected any problems at Cyberpunk 2077. Are you experiencing issues or an outage? Leave a message in the comments section! 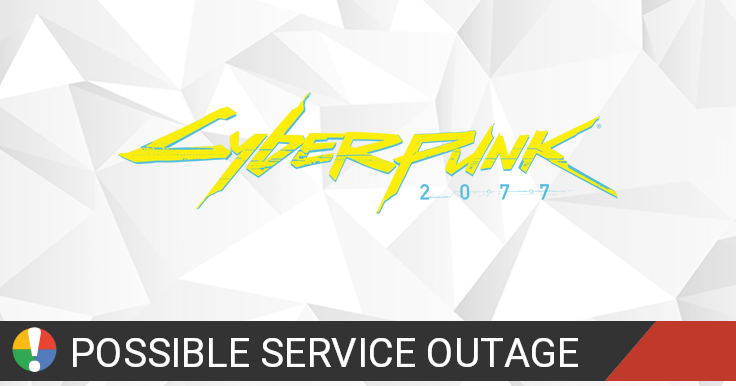 Cyberpunk 2077 is a 2020 action role-playing game developed and published by CD Projekt. The story takes place in 2077 at Night City, an open world set in the Cyberpunk universe. It has been released for Windows, PlayStation 4, Stadia, and Xbox One on 10 December 2020, and for PlayStation 5 and Xbox Series X/S in 2021.

How would you rate Cyberpunk 2077 over the past 3 months?

Submissions to our #GrowlFM Community Music Contest are now officially closed. Your response blew our minds – you have created and sent us over 7800 tracks! 🤯 Stay tuned for the announcement of the winners in January! https://t.co/mRQ7et71TC