The following outage map shows the most recent locations worldwide where Fallout 76 users have reported their issues and outages. If you are having an issue with Fallout 76 and your area is not listed, make sure to submit a report below

At the moment, we haven't detected any problems at Fallout 76. Are you experiencing issues or an outage? Leave a message in the comments section! 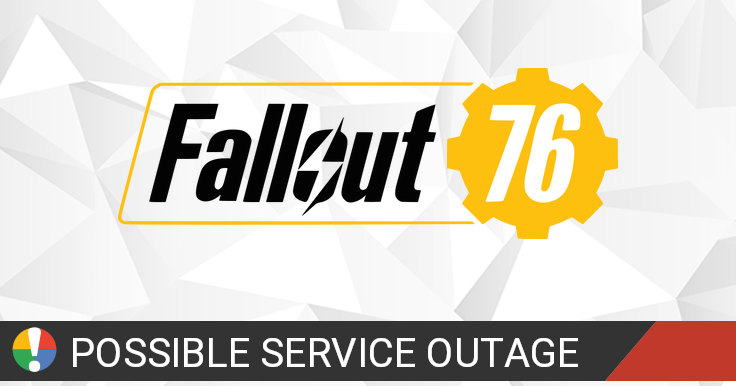 Fallout 76 is an online multiplayer action role-playing video game developed by Bethesda Game Studios and published by Bethesda Softworks. It is the ninth game in the Fallout series and serves as a narrative prequel to the series.

How would you rate Fallout 76 over the past 3 months?

The Nuka-World on Tour traveling roadshow has arrived to Appalachia! Head to the Ash Heap to try out three brand-new Public events, take on the new region boss, earn a high-score at the Nuka-Cade and more! This update is free for all #Fallout76 players. https://t.co/FjbK4NW1f8

RT @KalTheHuman: Quench your thirst for danger at the sight of the “ULTRACITE TITAN”🎪🐀 Congratulations @BethesdaStudios on the launch of N…