The following outage map shows the most recent locations worldwide where Paladins users have reported their issues and outages. If you are having an issue with Paladins and your area is not listed, make sure to submit a report below

At the moment, we haven't detected any problems at Paladins. Are you experiencing issues or an outage? Leave a message in the comments section! 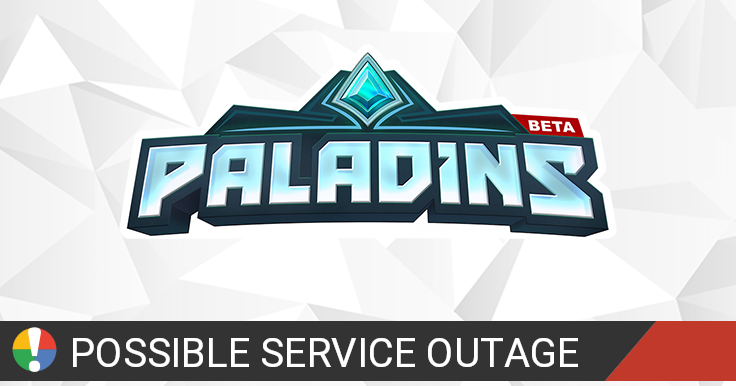 Paladins: Champions of the Realm is a free-to-play multiplayer Hero shooter video game released on September 16, 2016 as an early access product by Hi-Rez Studios.

How would you rate Paladins over the past 3 months?

Your power knows no limits! All equipped cards are upgraded to level 7 in this chaotic mode! Join us for this weekend's Limited Time Mode: Cards to the Max 🃏 https://t.co/sCNWre0p2q

To those celebrating today, we hope the gravy is flowing and the turkey is roasted to perfection! 🦃 Happy Thanksgiving Champions! 🦃 https://t.co/hfhWu2jbJ0

No turkey this Thanksgiving? Don't worry, we've got you covered! Hop into the Realm this weekend and play any 2 non-bot games to earn the Feathered Feast Avatar! 🦃 https://t.co/9PjXadxiWc