The following outage map shows the most recent locations worldwide where Sea of Thieves users have reported their issues and outages. If you are having an issue with Sea of Thieves and your area is not listed, make sure to submit a report below

At the moment, we haven't detected any problems at Sea of Thieves. Are you experiencing issues or an outage? Leave a message in the comments section! 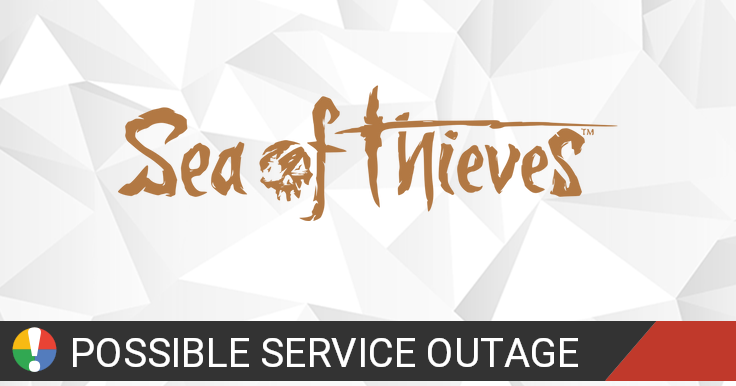 Sea of Thieves is a shared world action-adventure video game developed by Rare and published by Microsoft Studios for Windows 10 and Xbox. The game allows players to take the role of a pirate, sailing the seas of a fantastical world either solo or as part of a crew of up to four players featuring both co-operative and player versus player combat.

How would you rate Sea of Thieves over the past 3 months?

🔥 'Aegis of the Flame' Trinket 🔥 Scoundrels sailing on Captained ships who accept challengers via the Hourglass of Fate can unlock unique Trinkets! Sail with the Servants of the Flame and advance Milestones by repelling the enemy Faction to earn this blazing buckler. #SoTGear https://t.co/OcrqAGWCxI

Pirates keen to seek the source of Tasha’s predicament will unfortunately have to wait a little longer, as we’re holding back the launch of latest Adventure ‘The Rogue’s Legacy’ while tests are ongoing to ensure a stable experience for all. We’ll share further updates tomorrow.