The following outage map shows the most recent areas in India where Tata Docomo users have reported their issues and outages. If you are having an issue with Tata Docomo and your location is not listed, make sure to submit a report below.

At the moment, we haven't detected any problems at Tata Docomo. Are you experiencing issues or an outage? Leave a message in the comments section! 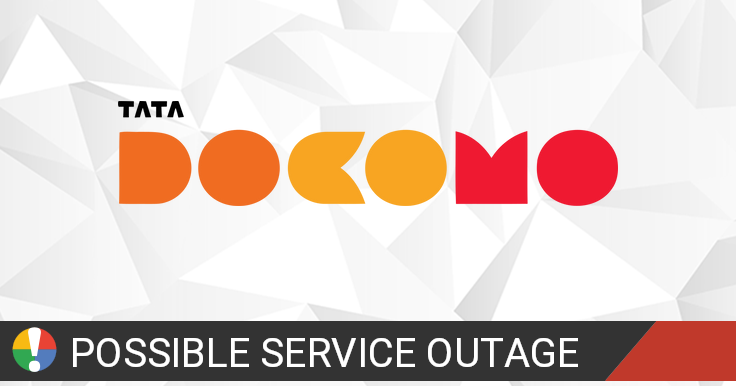 Tata Docomo Ltd is an Indian mobile network operator, which is a wholly owned subsidiary of Tata Teleservices, founded on November 2008. It is one of India's largest operators with 26.62 million subscribers offering mobile phone and mobile internet service, including voicemail and SMS.

@ndtv @DainikBhaskar @DAINIKJAGRANdel @timesofindia @aajtak We would like to take a look. Go ahead and send us a DM so we may assist you better.

We're here to help. Let's take this to DM so we can assist you better.

We would like to take a look. Go ahead and send us a DM so we may assist you better.