The following outage map shows the most recent locations worldwide where Rainbow Six: Siege users have reported their issues and outages. If you are having an issue with Rainbow Six: Siege and your area is not listed, make sure to submit a report below

At the moment, we haven't detected any problems at Rainbow Six: Siege. Are you experiencing issues or an outage? Leave a message in the comments section! 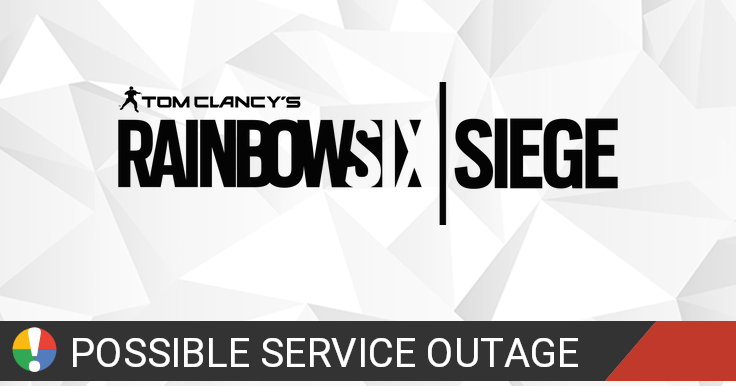 How would you rate Rainbow Six: Siege over the past 3 months?

Where is Tachanka? He can be quite mischievous with his hiding spots 🙈 Tell us how many Tachankas you can find🔎 https://t.co/Brluh9HVof

We've updated our M.U.T.E. Protocol fan kit with even more images! Download it and see what you can create 🎨 🖌️

Have you seen this⁉ It's battle of the hammers if you reach Sudden Death in M.U.T.E Protocol🔨 📹u/gnome_warlord420 https://t.co/FwIjrE7HY8