The following outage map shows the most recent areas in India where Reliance Jio users have reported their issues and outages. If you are having an issue with Reliance Jio and your location is not listed, make sure to submit a report below.

May 24: Problems at Reliance Jio

Reliance Jio is having issues since 03:30 PM IST. Are you also affected? Leave a message in the comments section! 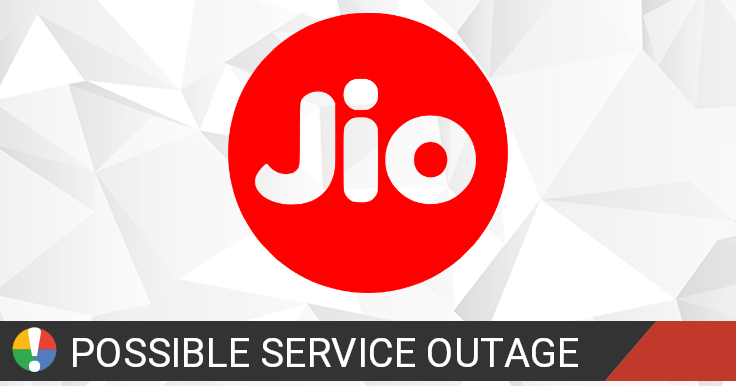 Reliance Jio Infocomm Limited d/b/a Jio is an Indian mobile network operator. Owned by Reliance Industries and headquartered in Navi Mumbai, Maharashtra, it operates a national LTE network with coverage across all 22 telecom circles. Jio does not offer 2G or 3G service, and instead uses voice over LTE to provide voice service on its network.

Hi, we will surely help you. Please DM us your Jio number and alternate number to assist you further - Omkar https://t.co/3LgXqjD03v

Hi Bipin, we will certainly get this sorted for you. Please DM us your Jio number, alternate number and complete address (house name/number, floor number, street name, city, landmark, PIN code, etc.) where the issue is faced to assist you further – Maaz https://t.co/3LgXqjD03v

Hi, please don't be disappointed. Kindly confirm via DM if you are still facing the issue at the previously mentioned location in order to assist you further - Nisha